- The Public Archiving House was established in 1829 at the Age of Mohamed Aly Pasha as it was noticed that the supervisors and clerks, when dismissed or moved, used to steal the documents and papers. To protect these documents and papers against theft, loss and violation, Mohamed Aly intended to establish this House to keep all these papers and documents. The House was situated near the citadel as this place is high, humidity –free, in addition to good airing which is the main factor to maintain documents .

- Firstly, it was called “Daftarkhana” and followed the treaury department which, in turn, followed the divan of the khedive. Then, it was given the name ‘The Egyptian Daftarkhana’ in particular to distinguish it from the Daftarkhana in Istanbul, Turkey. Later on, it was annexed to the divan of finance in February, 1857, then the supervision of the Interior in 1876 . 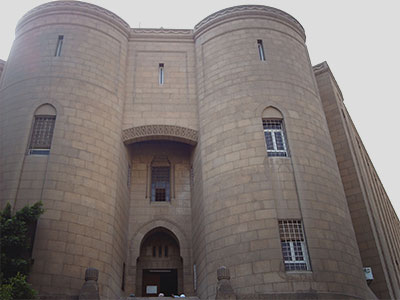