Public tax : Imposed on the audiences of theaters and cinemas and any other amusement centers, shows and entertaining parties in unified ratios nationwide .

Indirect Tax : Imposed on the audiences of the previously mentioned places. The utilizers of those places are only mediators collecting and delivering the tax to the intended authorities .

Temporary Tax : Tax is imposed as long as there is just entrance or taking fees from the audience attending the shows and parties or visiting the places submitted to the tax .

Relative Tax : It is estimated in different ratios according to the type of shows, parties and places submitted to the tax (cinemas-theaters- fun fairs - nightclubs) .

Tax that goes to municipalities :The yield of this tax goes to the units of the local administration (municipalities) .

- Tax is imposed on the free entrance to nightclubs, casinos, hotels and houseboats when unregistered musical or singing shows or dancing parties and all other types of entertaining shows and tea parties accompanied by music are held .

The two types of entrance :

Actual Entrance : It is meant the entrance of the viewer to the place of the show or the party, passing the entrance door whether he/she has a ticket or not, in this case the tax must be imposed .

Assumed Entrance : If the viewer buys a ticket but does not attend the show, in this case the utilizer of the place is to pay the tax according to the number of tickets not the actual number of the viewers .

The following procedures should be taken :

- Identifying the type of the parties or the shows whether it is submitted to the tax or not .
- Estimating the entrance fees (tax base) .
- According the type of show or party . 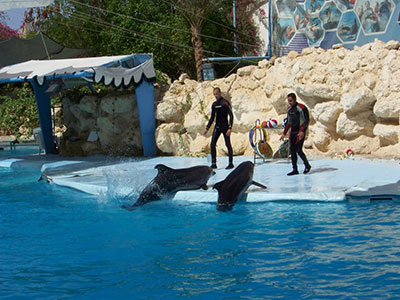 - Calculating the due tax according to the table attached to the law no. 24 for the year 1999 (it will be mentioned later on in details) .
- Notifying the utilizer with the due tax to prepare the necessary tickets to be used .

- Revising the forms 1,2 (cinema, theater, fun fair) to make sure that the entrance fees are identical and the tax calculation in form 2 (cinema, theater, fun fair) is correct, before sealing .
- Sealing the tickets (the worker who sealed the tickets and the reviser must put their signatures) .
- Registering the sealed list of tickets in form (3 fun places) concerning the permanent parties and in form (4 fun places) as for the temporarily parties in addition to originals ( the clerk, reviser and the head of tax assessment department must put their signatures) .
- Registering the value of ticket tax in the form, in addition to the originals and reductions whether in the journal of the permanent parties or in or form 4 of the temproraily .
Reviewing the table attached to the law no. 24 for the year 1999 in categories:

Category 1: 5% of the entrance fee to :
- Egyptian films, Egyptian – foreign produced films and theforeign film (only one) presented in the same show with an Egyptian one .
- Opera and ballet shows .
- Circus shows .
- Skating rings .
- The parties of orchestra symphonies and Arab music bands .

Category 3: 20% of the entrance fee to :
- Shows of the foreign films .
- Car, boat and plane race, horse race and pigeon hunting places .
- Other places (mentioned in the table attached to the law no. 24 for the year 1999) in which any activity for entertainment, amusement or time passing is practiced) .

Category 4: 25% of the entrance fee to :
- Video films presented for the audiences for a fee or for a subscription .
- Tea or food or beverages parties accompanied by music or dancing, in addition to parties of automatic and live music, Nightclubs, casinos, hotels or houseboats when presenting unregistered musical shows or singing and dancing shows or any other type of entertaining shows .

Category 5: 30% of the entrance fee for the following places :
- Disco parties and any other type of dancing parties .

What are the additional fees ?

Notes :
- The previous fees are added to the tax when it is due. The utilizer is obliged to pay these fees and the due tax in the determined dates for entrance (i.e., within 24 hours starting from holding the show or the party) .

- These fees are imposed on each individual, as there is a ticket that allows more than one person to enter. These fees are added according to the number of the members allowed to enter .

- Police fee is not imposed on the cinemas that display Egyptian films, or parties and fun fairs in case of free entrance to these parties or places. In this case, the tax minimum is imposed .

Fourth: Procedures of tax collection, delivering and dates of payment

Tax is collected in two stages :

first stage: collecting the tax from the audience :
- In this case tax is collected through the utilizers of places, shows and parties who are obliged to deliver it to the intended authorities .

second stage: collecting the tax from the utilizers :
Tax is collected in two ways :

- The utilizer or a representative of him/her is to pay the due tax and its attachments according to the details mentioned in form 6 (cinema – theater- amusement tax revenue delivering portfolio) in the dates, previously determined by the law (24 hours starting from holding the party) .

- Tax is collected when the collector passes by the shops and the places in his work zone and collects the tax imposed on each separate ticket of the previously sealed ticket book according to each category and the details registered in form 6 (cinema – theater- fun places) .

- The utilizer is obliged to the tax on the day of the entrance (i.e. 24 hours starting from holding the party or the show .
- If the utilizer is late to pay the tax at the due time or refrains from paying it, the inspector will issue a report on this violation .
- The offender is to pay the tax in addition to 10% of the tax value for each day of delay (10 days maximum) .

- The tax collectors in all governorates deliver the yields to the departments’ and governorates’ safes in the next morning .
- The regions’ tax collectors deliver the yields at the same due times of delivering real estate and agricultural lands taxes (every 10 days) .
- Tax delivering is to be revised by identifying the portfolio (6) (cinema – theater- amusement center) with folders of collection receipts, daily registrations and delivering portfolio .
- The tax is registered daily in the register of tax yields (cinema – theater- fun places). The attached additional fees and the stamps are registered as well .
- Then the lists, in which the tax yields are registered, are revised by identifying the registered sums of the yields that were delivered. The identification process is carried out monthly. RTA is provided in the first week of each month with two lists that show the increase or the decrease in the yields of a month in comparison with the same month of the previous year. The reasons are considered and the result is clarified .

Insurance Deposit :
- It is concerned with the temporarily parties. The utilizers of these parties is obliged by law to deposit a sum of money as an insurance, or present a letter of guarantee or a check with the same value of the tax imposed on the previously sealed tickets (the whole number of tickets). The due tax is to be settled in three days starting from the date of holding the show or the party .

Permanent control on the due tax or the part collected .

Penalties :
- The utilizer is to pay a fine (from 200 to 2000 L.E.) if he/she does not notify the party or the show at the due time, refrain from presenting the data required by the responsible employees or give incorrect data or distribute unsealed tickets…etc. In all cases the offender is obliged to pay the due tax or the rest of it in addition to 10% of the tax for each day of delay (10 days maximum) .

Shows of cinema tapes displayed at the culture palaces (fee does not exceed L.E 1.) :

Terms of exemption :
- Only shows of cinema tapes or videotapes .
- Shows presented only in culture palaces (centers) following the Ministry of Culture .
- Entrance fee should not exceed L.E. 1 .
- The exemption is applied only when all of the previously mentioned terms are fulfilled .

Terms of exemption :
- The exemption is applied according to the decision of the intended authority (Minister of Culture) in accordance with the Minister of Finance .

National or international shows, parties and festivals determined by the cabinet :

The nature of these shows, parties and festivals are determined by a cabinet decision .
Terms of exemption :
The party is held by one of the following :
- Public legal personalities .
- Legal personalities registered according to special laws (only one party a day) .
- Parties are held for human, social, cultural or athletic purposes .
- 25% at least of the total revenue of the party are allocated for achieving the previously mentioned purposes .
- Exemption requests coupled with the opinion of the responsible minister and attached to the documents which signify the fulfillment of the two terms (1), (2) are presented to the MOF at least two weeks before holding the party .
- The decision of exemption is issued by MOF .

Parties held by authorities working in the field of youths’ care (fee does not exceed L.E 1) :

Terms of exemption :
- The party is held by authorities working in the field of youths’ care .
- The entrance fee does not exceed L.E. 1 .