- It is a sum of money imposed in 14% of the Feddan’s annual rental paid by the taxpayer to the state annuall .

- It entirely depends on the rental estimated by the division and estimation committees without deductions. This matches the nature of the tax as it imposed on the total taxpayer’s revenue during the year of tax imposition not the year before it. This means that the tax is not imposed on revenue, which has not been actually reaped, but supposedly will be gained. It is a tax imposed on the revenue of the agricultural lands regardless the owner or the occupant or the personal conditions .

- It is also represented in the terms of the law no. 51/1973, which exempts each owner or occupant (the farmer) whose total agricultural lands nationwide do not exceed 3 Feddans .

- It is worth mentioning that the definition approved by the Supreme Constitutional Court is: “the farmer is the person whose main resource of income depends on agriculture” regardless the personal conditions of the farmer .

Tax based on similarity :

- The tax base is estimated according to the fertility and quality of the agricultural lands . 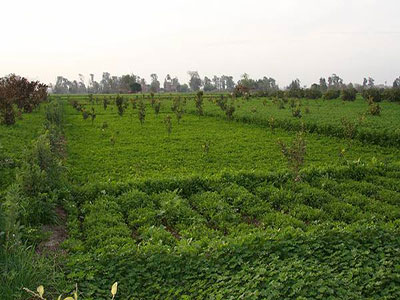 Fixed tax for a suitable period :

- The organization and estimation committees estimate the rental .

A tax partially estimated by the taxpayers :

- Among the members of the committees of division and estimation (responsible for the estimation of the annual rental) two of the farmers; one of them is a board member of one of the co-operative agricultural societies, selected by the governor .

Tax known by the taxpayer in advance, without presenting tax affidavit :

- As taxpayers take part in estimating the tax base. These estimations are published (after being authorized) locally and publicly in a formal newspaper .

Tightly connected with other taxes and fees :

A tax which is still considered public :

- It is applied in the whole region and its yield is allocated to the local councils .

Third: aspects and limits of imposing the agricultural lands tax

Fourth: Tax base and its assessment

- It is the rental of one feddan per year, estimated by the division and estimation committees after the decisions of the committees being authorized by the responsible governor .