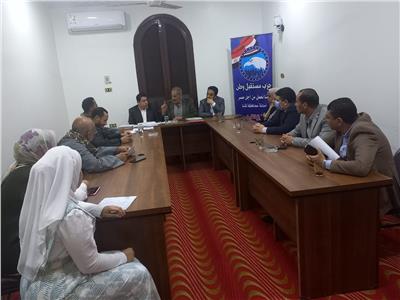 Mahmoud Arafat, Secretary of Small and Medium Enterprises Affairs at the Mostaqbal Watan Party (Homeland Future) in Qena governorate announced that the Ministry of Finance would bear the full value of the tax on real estates actually used in some industrial activities on behalf of the industrial establishment owners, starting from the first of January of this year until the end of December 2024, i.e. for a period of 3 years.

He said that the decision was taken by the political leadership and the government to support those industrial activities, especially in such conditions through which the country and the world underwent.  This was to support the state's efforts aiming at localizing the industry and mitigating the damage caused to those activities, he added.

He added that the activity should be registered within the official economy of the state, and the specified properties be actually used to exercise the activity as conditions for the factories to benefit from the decision. He also announced that a higher committee within the party would be constituted, to follow up on receiving requests from factories' owners and respond to their inquiries. The committee would be headed by the Secretary of Small and Medium Enterprises Affairs in the governorate, he added.

This came during the meeting held on Tuesday, in the presence of accountant Hisham Qudous, the assistant secretary of the party in Qena; Amr Tariq al-Sebaei, secretary of the party organization in the governorate; trustees of small projects in the city centers, and members of the office of the secretariat of small and medium projects in the governorate.